new-jersey-1.realigro.com is the first worldwide real estate search engine where you can look up listings of homes for sale in New Jersey

Property for sale in New Jersey

You are not sure if it is an interesting place where hunting for property sale in New Jersey but if you read our description, real estate market overview you could have an idea about that.

New Jersey is a north-eastern state of USA with about 130 miles of Atlantic coastline. The capital is Trenton but the largest cities by population are Newark and Jersey City. In Liberty City where Liberty State Park is located, from where ferries depart for nearby Ellis Island there is the historic Museum of Immigration and the iconic Statue of Liberty.

In spring real estate market has reached a good point and as in 2017 stocks are tight and house prices are strong. Uncertainty about new taxes and the deductibility of prepaid properties prompted some sellers to find a way to wait, a limited supply, and prompted New Jersey home buyers to wonder if there was relief in sight.

Here are the 4 New Jersey real estate trends to know if you are looking for properties for sale in New Jersey for 2018.

Recent tax changes are keeping some sellers of properties for sale in New Jersey on the sidelines.

New Jersey has the highest property tax rate, or the average amount of residential properties that is actually paid as a percentage of the value of the home.

Property prices on sale in New Jersey continue to rise.

The reduced inventory is supporting home prices in New Jersey. Early demand for the spring market in 2018 shows strong demand for homes, two in terms of vigorous growth and a healthy labour market.

Although mortgage rates are expected to increase in 2018, they remain historically low. Current rates on 30-year fixed mortgages are around 4.5.

The capital of the state and the county seat, Trenton is in a period of gigantic awakening. Widespread revitalization and new growth in recent years have contributed to its appearance as a major commercial and government centre and an ideal place where you can start your search of a property for sale in New Jersey. A variety of neighbourhoods offers a numberless of housing options, and many are attracted to the quaint old houses available at moderate prices.

Tax incentives and strong neighbourhood support organizations further encourage this trend towards renewal. Trenton offers excellent property for sale in New Jersey but also very good schools and an overabundance of cultural services, from symphony to theatre to world-class museums.

In addittion to its capital there are other places where looking for properties for sale in New Jersey that could represent a very good oppoprtunity.

We want to underline  North Arlington, Ridgewood, Princeton that is famous for University College and Oradell.

More news on the real estate market
Other 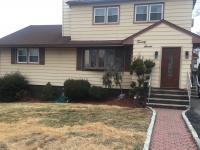 » Show more
Why choose Realigro?
There are many reasons for choosing Realigro. We summarized them in this beautiful infographic
Free
and Premium Services Check out how easy it is to sell or find your home with our Free and Premium services
Professional Services Discover how to increase your business opportunities
Collaboration between Property portals Do you have a property portal with a nationwide focus? Publish your database on Realigro.
Property for sale
Property for rent
» Other
2005-2021 REALIGRO REAL ESTATE LTD. All Rights Reserved - VAT Nr: 893969932
Neikos Digital Agency
BB